We’ve reached that time of year again, where brands are releasing new hockey sticks.   Ahhh smells like the hockey season is right around the corner.

In this post, I’ll be going over a full review of the new Bauer Sling hockey stick, who it’s designed for, and whether it is worth it or not. 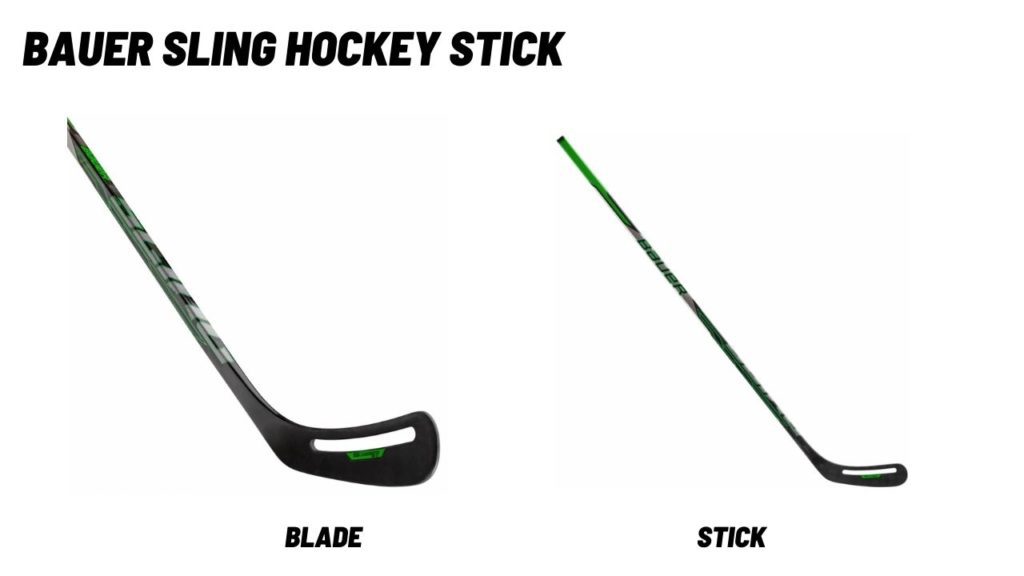 Let’s not beat around the bush, this is a hockey stick that will cost you a pretty penny – much like many of the other top hockey sticks on the market.  So if you’re looking for a budget stick, this isn’t the one for you.

As you can see by the look of the blade, the Bauer Sling is different than most hockey sticks.  It has a large hole in the blade, giving it a futuristic look.  What does this do for you?  Well the purpose of the stick is to “sling” the puck off your stick.

But, the hole on the Sling is different than before.  It’s a bit smaller, making the blade a bit more durable and effective at shooting.

So what does this mean to “sling” the puck off the blade?  It means that it’s for fast releases coming off the blade that is designed to make shooting quicker. With this stick, you’ll see improvements in release speeds of your wrist shot, snapshot, and also slap shot.

Of course, you will likely see a slight decrease in power in your slap shots, but the elite release speed essentially makes it a wash.

One other big improvement in the blade is that the durability has been increased by 10% compared to the Bauer ADV hockey stick.  And since the size of the hole has been shortened, the tip of the blade has also been strengthened.  The result is a blade that is less likely to break, while also providing better sensitivity while stick handling.

So you gain a bit of physical weight on the hockey stick, but you also add extra durability and strength.  There are tradeoffs to make when it comes to choosing the best hockey stick you can.

The spine of the Bauer Sling features ER-Spine technology.  What this spine is designed to do is help you load up the puck quicker.  In turn, (as I’ve already talked about), the release of the puck comes off the blade much faster. 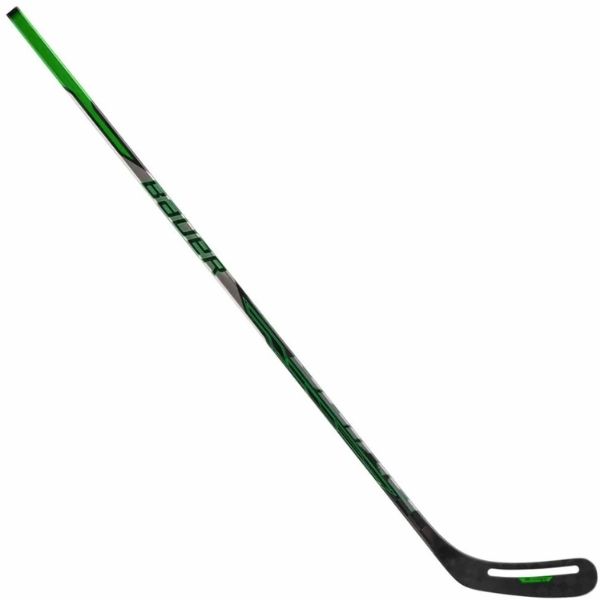 The latest and greatest hockey stick Bauer has released features a zippy fast release and better durability than previously.

Who Should Get This Stick

If you are a hockey player, you would probably appreciate this stick.  But, I would personally recommend it to hockey players that are skating 4+ times a week.  There are budget hockey sticks that perform quite well if you aren’t on the ice every day.

Generally speaking, this is a hockey stick that is designed for forwards, but it’s exclusive.  The reason being is that the fast release helps forwards get rid of the puck faster, in tight.

Yes, I would say that the Bauer Sling is worth it.  It offers better durability than before, has increased release times, and is an overall well-built hockey stick.  Of course, if you are unsure about whether this hockey stick is the one, we also have an article on a review of the Bauer Vapor Hyperlite Hockey stick if you would like to check that out here!